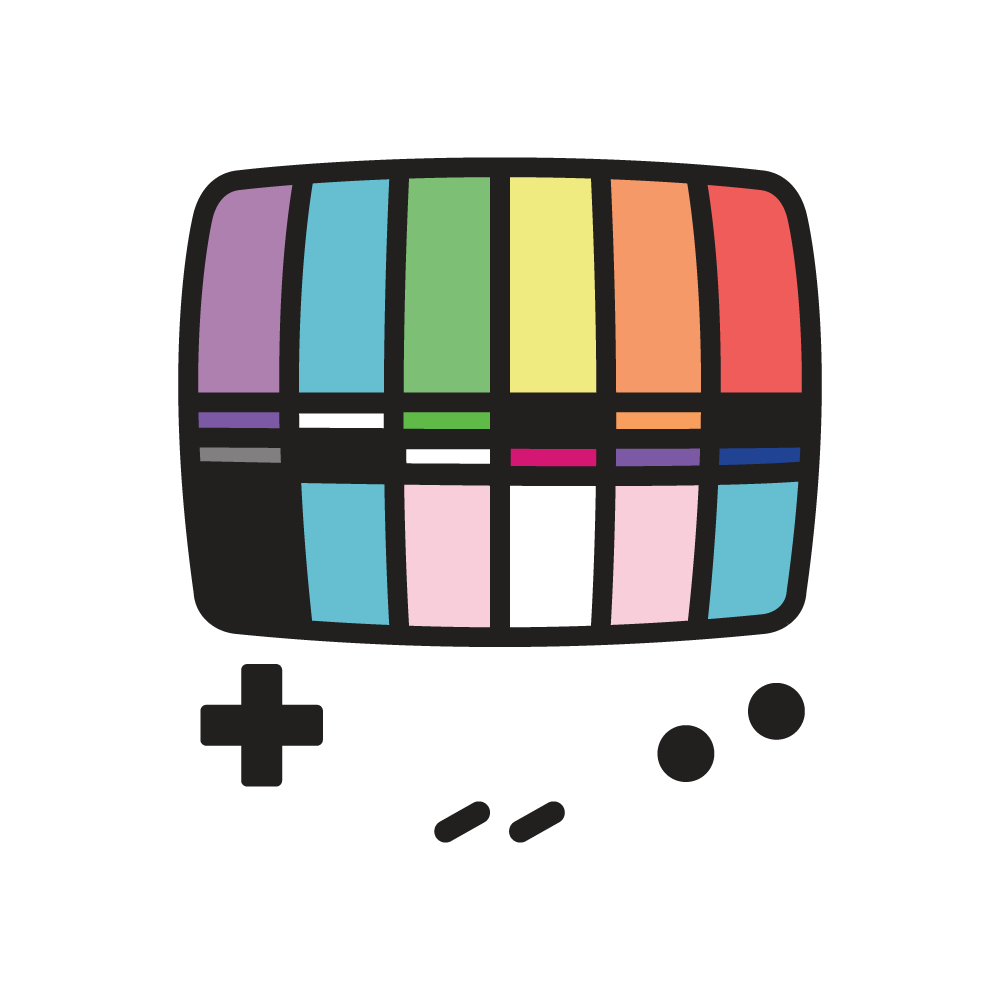 Gaming In Color is a feature documentary exploring the queer side of gaming.

Out of the closet and into the arcade! Gaming In Color is a feature documentary exploring the queer side of gaming: the queer gaming community, gaymer culture and events, and the rise of LGBTQ themes in video games. Diverse queer themes in game storylines and characters are an anomaly in the mainstream video game industry, and LGBTQ gamers have a higher chance of being mistreated in social games. Gaming In Color explores how the community culture is shifting and the industry is diversifying, helping with queer visibility and acceptance of an LGBTQ presence.


Almost every gamer will relate to the concept of seeking solace in a video game. Hope for sanctuary guides their escape into a virtual universe where they can be anything they want to be. For many, however, choosing to be true to themselves becomes an open invitation for hatred. This multiplies for those who are marginalized people, including people of color, women, and members of the LGBTQ community. Toxic cultures that breed violence and vitriol hide behind a industry that undervalues the innovation of its audience. GAMING IN COLOR crusades for anyone who believes that the pixelated world can be a better place for everyone, no matter who they are or what they love.

A lesbian, gay, bisexual, transgender, or otherwise queer gamer has a higher chance of being mistreated in a social game. The power dynamics of a male-dominated geek society tips against them. Further, diverse queer themes in game storylines and characters are an anomaly in the mainstream video game industry. However, the gaming community is far more colorful than one may expect. Gaming In Color shows that there is a full spectrum of gamers picking up their controller to play.

This feature documentary explores the queer side of gaming culture and the game industry's LGBTQ presence. The queer geek community is taking huge steps forward in being recognized on a worldwide industry scale. At the same time, more popular mainstream and indie games are featuring a greater amount of queer characters than ever before, helping with visibility and acceptance. There's a long road ahead and tons of aspects that desperately need improvement, but the video games universe will continue to mature and diversify both in its community culture and industry only if we elevate the conversation about inclusion and respecting one another - not in spite of our gay geekiness, but because of it!

As a queer youth and active gamer, Philip is one of many with an emotional stake in this project. They believe diversity and positive representation of marginalized people in games, both in industry development and community culture, are things that can be achieved. Philip hopes that Gaming In Color will be used as an educational tool that promotes these goals. This is their first film. When not screening and touring Gaming in Color, Philip works as the lead scripter and assistant writer for cyberpunk adventure game Read Only Memories and also helps organize the GaymerX conventions as its exhibitor director. You can find them on Twitter @ProBearCub.

Ryan is an independent producer, editor, and documentarian who is always looking for a new story to tell. A self-proclaimed gay geek, ex-Mormon and Canadian American. He adores geek culture, science fiction, film, games and exploring the new corners of the internet. He lives with his husband in New York City, where they drink too much coffee and contemplate moving to Seattle. Last, but not least, he is mostly harmless.

2 Mello is a remix artist and soundtrack composer who chews up samples and neat sounds and spews out music that you can't stop listening to. He is most famously known for Chrono Jigga, a mashup album that sees Jay-Z's lyrics mixed with handcrafted beats sampling the Chrono Trigger soundtrack. After producing three albums as a solo artist, he was signed to the online, non-profit label Scrub Club Records. Recently, he began a career as an indie game composer and is now working on the soundtracks for Dawn Of Time, and MidBoss Games' first tile Read Only Memories. He has been featured in articles on Spin.com, Kotaku, The Verge, Polygon and Destructoid, among other websites. 2 Mello is excited to be creating the music for Gaming in Color so he can "put a melody to the lives and passions of so many gaymers."

George Skleres
George Skleres is a game engineer at Riot Games, the video game publishing company best known for their single title League of Legends. George, along with Carl Kwoh also of Riot Games, hosted a panel at GaymerX titled League of Legends & Player Behavior in which they explored the ways their game deals with online harassment and abuse. George is very vocal about the need for a safe online space for gamers of all kinds. In Gaming in Color, George talks a lot on his experience with the Tribunal system, and how he believes rewarding good behavior is more effective than punishing bad behavior.

Colleen Macklin
Colleen Macklin is an Associate Professor in the Department of Communication Design and Technology at Parsons The New School for Design in New York City, Director at PETLab, and a game designer (The Metagame). She was a featured speaker at QGCon (The Queerness and Games Conference) and the Different Games conference. Colleen brings a unique voice to Gaming in Color, speaking on why games matter, why they are important to culture, and how games can influence us as people and a society.

Matt Conn
Matt Conn is a gay gaming titan, best known for being the founder and CEO of MidBoss, the company that put on the GaymerX convention for over 2,300 gay gamers last year in San Francisco, creating a safe space for LGBTQ identified geeks. He is also the creative director of MidBoss Games, who are working on their first title, Read Only Memories, that seeks to include queer characters in a positive way. GaymerX2 returns to San Francisco this July, and will have a playable version of Read Only Memories for all convention attendees. Matt has been extremely supportive of Gaming in Color, and has a lot of things to say about the video games industry and its inclusion of queer characters.

Naomi Clark
Naomi Clark is a freelance game designer based in New York City who has been making games since the early '90s. She has worked with Gamelab, LEGO, Fresh Planet and many other brands and companies, producing, designing and writing for games ranging from browser-based MMOs to casual downloadable titles, social and mobile games, and games for new handheld platforms. She's currently working on a new independent project with the Brooklyn Game Ensemble. In Gaming in Color, Naomi speaks about many topics on queerness in video games, including the importance of games in culture, why online games are often toxic places, and the stigmatization of the ‘gamer’ stereotype.

Joey Stern
Joey Stern is a founding member of Geeks OUT, an organization who rallies, empowers and promotes the queer geek community through regular events and a dynamic social media & online presence. Joey has been an avid gamer for 20 years, and a gaymer since coming out at 16. In Gaming In Color, he gives insight on complicated issues like visibility, micro-aggressions, power fantasy, and the types of games that foster better acceptance amongst players.

Jessica Vazquez
Jessica Vazquez is a writer and video editor at GameRevolution.com, where she has written FAQs, reviews, and news articles over the last few years. At GaymerX, Jessica was a panelist on Journalism & LGBT Issues, which explored the past, present, and future of LGBT journalism. Jessica brings a journalism voice to Gaming in Color, and also speaks the most on being a woman in video games, the need for good women characters, and her experiences seeing other women in the industry and communities.

Shane Cherry
Shane Cherry is best known for his promoter work in organizing parties and events for the NYC Gaymers group, focusing on gaymer nightlife. He's also written RPGs, has experience in journalism, and occasionally blogs as the Quintessential Gaymer. In Gaming in Color, Shane talks about his experiences growing up as gay AND a geek, and recognizes the importance of having an inviting and inclusive community. He uses the term 'gaymer' as a common flag to achieve that.

Matthew Michael Brown
Matthew Michael Brown is an activist, marketer, writer, gamer, and reality TV winner. He made a big splash during Sony's competition program The Tester, where he appeared and won the show's second season as "Gaymer". The prize of the show allowed him to work for PlayStation as a game test analyst, but before too long he was given a new position at Sony Pictures with his role as Digital Product Manager. He has stayed active in queer issues and the gaming scene, and was the very first Boss of Honor at the first GaymerX convention in 2013. Matthew speaks in Gaming in Color on the impact that queer visibility in games has on a person's life, and why gaming has such an emotional pull with so many people.

Received a Kickstarter backer code or Discount Code?
Use it here.